A global company committed to making a positive impact locally. 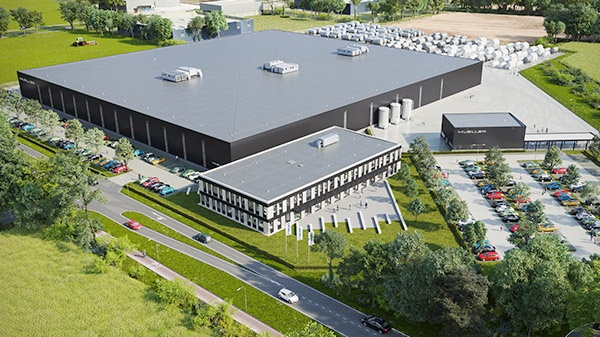 Paul Mueller Company is headquartered in Springfield, Missouri, U.S.A., and was established in 1940, with additional manufacturing and sales operations located in Osceola, Iowa, Groenlo (pictured left), Netherlands, and Vietnam.

In 1940, Paul Mueller and his partner Gordon Mann opened Mann and Mueller Heating and Sheet Metal Works in Springfield, Missouri, USA. Their first employee was Joe White, who eventually became our Executive Vice President. In 1943, Paul bought Gordon Mann's share of the business after Mr. Mann became ill, and the name of the business was changed to Paul Mueller Company. 1944 marked our first venture into the food processing business. We made chicken pluckers, scalders, and eviscerating equipment. We were incorporated in Missouri in 1946, and that same year we began manufacturing dairy processing equipment for the first time: cheese vats, culture tanks, and cheese presses. 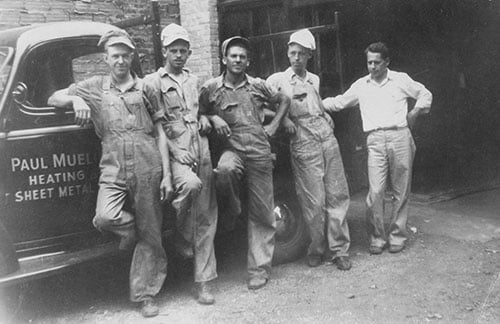 With the addition of processing equipment came a growth in manufacturing, and in 1950, we moved from Commercial Street to Phelps Street. The original building was 27,000 square feet on a three-acre lot. New space made room for even more new products, and we built our first dairy farm milk coolers in 1955. EmBee milk coolers were built for the Meyer-Blanke Company. Paul Mueller Company's farm milk cooler has played an important role in the success and growth of our Company. Thanks to the hard work and talents of our employees, we are recognized worldwide as the producer of the industry's highest quality farm milk cooling and storage systems. Never content with the status quo, we continue to develop our dairy farm equipment with the farmer's bottom line in mind. With more than 72,000 milk coolers in roughly 125 countries, we can safely take at least a little credit for healthy teeth and bones all over the world. 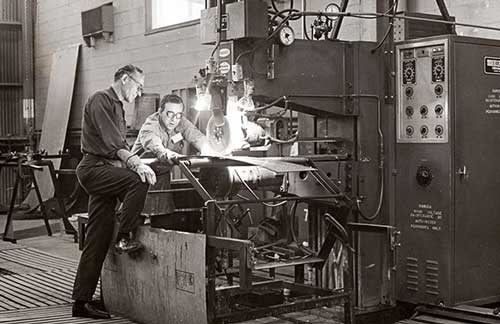 In 1960, the decision was made to discontinue our heating and sheet metal contracting activities and to concentrate on manufacturing food processing equipment. We became ASME® certified to build pressure vessels in 1961, an important step in our development as a major producer of stainless steel processing equipment. In 1964, our manufacturing facilities in Springfield, Missouri were expanded to our current space of 1,000,000 square feet on almost 50 acres. That same year manufacturing began on beer aging and fermenting equipment in the United States. We began building wine tanks in 1965. Since then, our beautifully crafted tanks have been installed in wineries in Mexico, Japan, and the U.S. Our wine fermenting and storage tanks can be built specifically for either red or white wine processing. In 1966, our global adventure began with the export of milk coolers to the Geertjes family in The Netherlands. Just two years later Mueller Europa was formed.

In 1970, a partnership with Meko Holland was formed to handle sales of milk tanks in The Netherlands. Forging a deep relationship with the world's leading dairy economy and expertise.

The Mueller Fre-Heater® was introduced in 1976. The Fre-Heater is an energy-saving unit that uses heat produced during the milk cooling process to generate hot water. Fre-Heaters are now built at our Osceola, Iowa, USA facility and shipped worldwide. 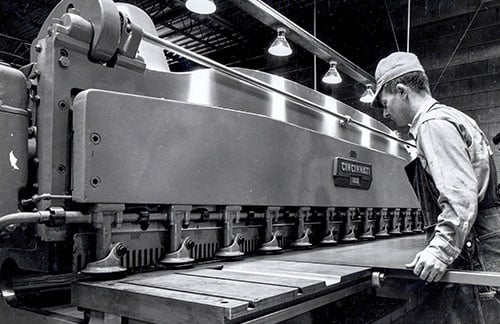 In 1981, manufacture of our Temp-Plate® heat transfer surface was moved to the Warren Street facility in Springfield, Missouri. Developed over a period of years,Temp-Plate® improved nearly all of our products. In 1984, Paul Mueller Company acquired the license to manufacture and sell the Accu-Therm® plate heat exchanger. In 1987, we acquired our manufacturing facilities in Osceola, Iowa, which provided an additional 212,800 square feet of manufacturing floor space on a 50-acre plot. That same year, we purchased the water purification product line from Barnstead Industrial Products of Boston. This was the beginning of our PyroPure® line. 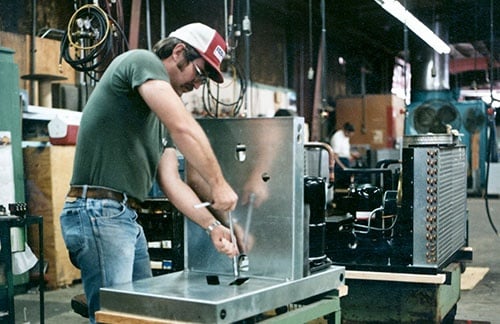 In 1992, we acquired the rights to manufacture and sell vapor compression stills, our present VaPure® product line. In 1998, Mueller Field Operations, Inc. was established to enable us to compete for larger contracts that require on-site fabrication of tanks and other equipment. 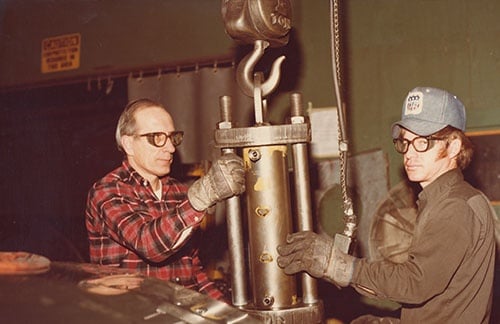 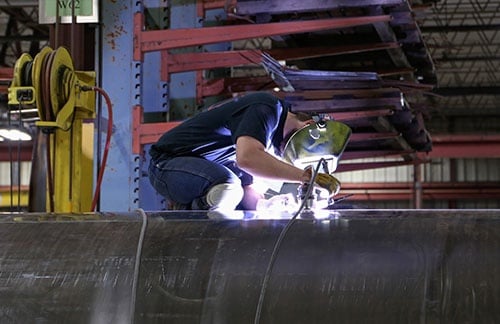 In August 2011, David Moore became President and CEO of Paul Mueller Company. In 2012, Mueller Asia was established in Vietnam to provide sales, manufacturing, and dealer support to an emerging dairy market. In 2014, Dairy Farm Equipment the company and many of our dealers celebrated 60 years of providing milk cooling solutions. As we entered 2015, plans were being made to celebrate Mr. Paul Mueller’s 100th birthday. But on the afternoon of January 19, Mr. Mueller passed away at his home in Springfield, Missouri. Instead of celebrating his birthday, we had a milestone moment to celebrate his life, legacy, and the deep impact he made on the everyday life and culture of the company he founded 75 years ago.

On April 9th 2018, the beautiful new facility you see above was opened for production in Groenlo, Netherlands, combining all Netherlands operations into one facility. 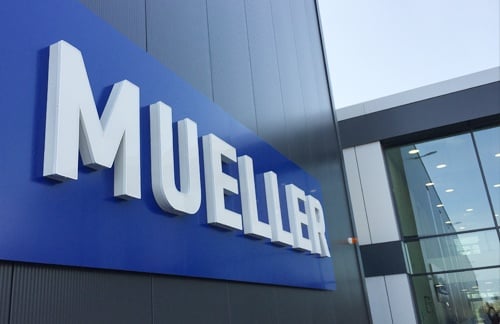 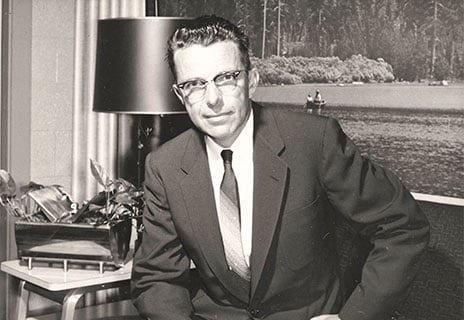 Our founder thought a person's reputation was so important that he put his name on our company. Paul Mueller was generous, modest, compassionate and inquisitive, throughout his long and productive life. His intelligence, impeccable character and devotion to quality have left an enduring mark on our culture and craftsmanship.

Consult With Our Experts